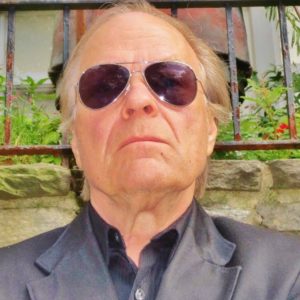 ROBERT GLEASON has dedicated nearly 30 years to researching the threat of nuclear terrorism and the possibility of nuclear annihilation. He was recently featured in the History Channel special “Prophets of Doom.” He has also had an extremely long and exceptionally successful career as an acquisitions editor in New York publishing. Stephen King, Robert Heinlein, Nancy Friday, Harold Robbins, Father Andrew Greeley, Joy Fielding, Margaret Truman, Jack Anderson, Whitley Strieber, Ed McBain, Ice-T, Reggie Jackson, and Former Secretaries of Defense Casper Weinberger and William Cohen are among the hundreds of notables and bestselling authors that Gleason has signed up and edited.

He has worked for Simon & Schuster-Pocket Books, Playboy Press and for the last 28 years at Tor/Forge Books, where he is executive editor. He has published more than a dozen novels on his own and coauthored several, most recently, Apocalypse 2012. In 1995 New York City named a day after Robert Gleason for the work he’d done for prison literacy—which included editing and publishing a sizable number of inmates and ex-offenders—and which has included speaking in many, many prisons. He had a starring role in the History Channel’s two-hour special, PROPHETS OF DOOM.

Robert Gleason was born in Michigan City, Indiana. He has an AB in English literature from Indiana University, a master’s degree in English from the University of Wisconsin and he attended the Sorbonne, all of which were financed by seven hellish years in the Garysteel mills. He has worked in New York book publishing as an acquisitions editor pretty much forever. When he began, he says, he and his colleagues "chiseled books on the walls of caves." He lives in New York City